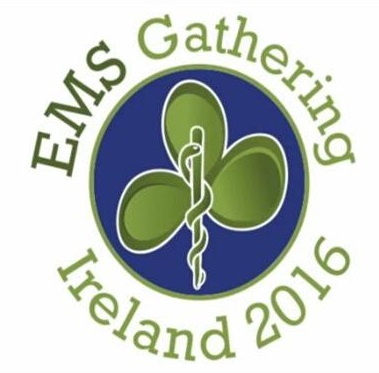 Good evening everyone. I would like to start by thanking the organising Committee of the EMS Gathering , particularly Dr. Conor Deasy and Mr. Kieran Henry, for inviting me to present here this evening. My topic is: ‘The Professionalisation of Pre-hospital Care’ and I am not representing my employer here this evening and thus these views are my own.

I would like to start by suggesting we have made massive strides in the standards of pre-hospital care in Ireland over the last 16 years. In fact, according to the Health Information and Quality Authority (HIQA) Review of Pre-hospital emergency care services (2014)

“Since 2004 much progress has been made with ambulance services nationally with considerable expansion of the clinical competency of pre-hospital emergency care practitioners. The increase in the numbers of paramedics and advanced paramedics and the expansion of treatment options provided by these practitioners has been a major advance for patients. These improvements have been led by the ambulance services, the pre-hospital practitioner themselves and the Pre-Hospital Emergency Care Council (Health Information and Quality Authority 2014)”.

Although HIQA stated since 2004 much progress has been made, I would suggest improvements commenced since the establishment of the Pre-Hospital Emergency Care Council (PHECC) in 2000 under the Establishment Order (S.I 109 of 2000).

If we take a step back to the early days, and remember pre-hospital care was still happening then, but the recognition of our treatment and interventions in those days may not have been noticed so much. In fact the ‘Report of the Review Group on the Ambulance Service in 1993 stated that the ambulance service ‘forms a valued and integral part of the emergency services’ and ‘was used as an extension of the hospital service with the objective of getting the patient into hospital as quickly as possible so that advanced medical treatment could be provided by a medical practitioner’. Thus, this report implied that advanced medical treatment could only take place within a hospital, and that the sole purpose of the ambulance service was to provide patient transfer.

There was a perception that ambulance staff, were Drivers. In fact contracts of employment at the time reflected this. My own personal experience also confirmed this when I attempted to get recognition in 2000 for my previous experience working, for many years, as an Advanced Life support provider in Northern Ireland. Having made the move from the Northern Ireland Ambulance Service to an Irish ambulance service, and remember then there were 8 Irish Ambulance Services at the time, I made an application to the local Human Resources Department to ask for recognition of my previous service in Northern Ireland. I was told that my previous service would not be recognised as I was ONLY Employed as a Paramedic and not an ‘Ambulance Driver’.

Of course throughout the world some still refer to us as the dreaded ‘Ambulance Driver’ and usually we are quick to correct the individual who uses this ‘derogatory’ term. To be honest, I’ve got over people using the ‘D’ word to describe my profession.

I believe that people typically do not use it to get a dig at us. I believe it is genuine ignorance in that people don’t know we are Paramedics, EMTs, Advanced paramedics, critical care paramedics, advanced care paramedics, emergency care practitioners, primary care paramedics, flight paramedics and so on. I was asked recently when one of our students completes the driving course does that make them an ‘Advanced Ambulance Driver’?
It really doesn’t bother me if an older person refers to me as a Driver, but it does niggle a little when another healthcare professional uses the term, is that ignorance in the true sense of the word?

I would like to explain, in my opinion, what or who we are. I believe we are all Drivers……………..but not ambulance drivers, we are Drivers of change. We can change the way we are perceived by what we do. Simply, we professionalise!

What makes a profession? Key defining features of a ‘profession’ include: expertise in a discrete area of specialist knowledge; autonomous practice; standardised educational preparation, and explicit professional ethics (Palmer and Short 2000).

Perhaps Wilensksy’s summary of the process of professionalisation is more objective:
• Development of full-time occupation and formation of occupational territory
• Establishment of training schools or colleges; linkage to university education should occur within several decades
• Occupational promotion to national and international parties
• Professional licensing and accreditation
• Code of ethics is implemented

Like other healthcare professions ambulance practitioners and paramedic practice is beginning to be defined as an academic discipline with its own body of knowledge, its own literature and increasingly its own research base providing evidence for practice, according to Joyce et al. 2009.