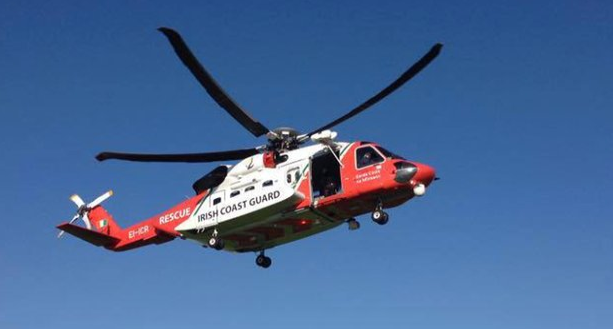 The Shannon and Sligo Search and Rescue helicopters both flew over 330 missions each.

In total all four helicopter bases completed over 1,000 missions for the first time since the helicopter service started in 1991.

The Coast Guard attributes the small rise in the number of incidents to increased tourism during the summer; more people taking part in water-based activities; additional work undertaken by the Coast Guard assisting the national ambulance service and the storms and high winds in December.

As of yesterday, the Coast Guard had completed 2,657 missions.

The most significant rise was assisting persons who got into difficulty on the shoreline, sometimes being swept into the sea by breaking waves. At 306 this figure is up 10% on last year.

Meanwhile, incidents on rivers and lakes showed a 61% increase at 208. Some of this increase on rivers is accounted for by closer cooperation with fire authorities in Dublin, Cork and Limerick.

Another feature of the last number of years is the growing assistance the Coast Guard gives to gardaí in missing person searches in coastal and remote areas. This year, there was 232 missions which represents a 5% rise.

Coast Guard Director Chris Reynolds said: "I would like to thank all the staff and volunteers who have contributed to the many missions we have undertaken this year, and wish them all the best for the New Year."

The Coast Guard believes that the rise in the number of incidents shows a greater willingness of the community to seek assistance early.

The Coast Guard is encouraging people to call 112 or 999 when they think they might be in trouble.

"With the change in weather, we see a change in the calls and a change in conditions but the message remains the same.

"If you do see someone in difficulty in the sea, on the shore, cliffs, lakes or rivers dial 112 or 999 and ask for the Coast Guard," a statement from the Coast Guard said.